A Walk in the Woods

Last night Gary and I went out to walk the woods and plan some riding paths.  Armed with red spray paint for the trees that have to come down.  Tripped over many, many, mossy rocks hidden in the underbrush along with downed tree limbs.  The ferns were as tall as I am.  Can't decide whether to hire a bulldozer or an excavator to do the work.  But I'm thinking I'll call the wonderful man who buried my Dommie and have him come over to estimate what needs to be done.  I always want it done yesterday but Gary has to get out there with his chainsaw and take down trees before anything else is done and dragging him out of his beloved garden is so hard... 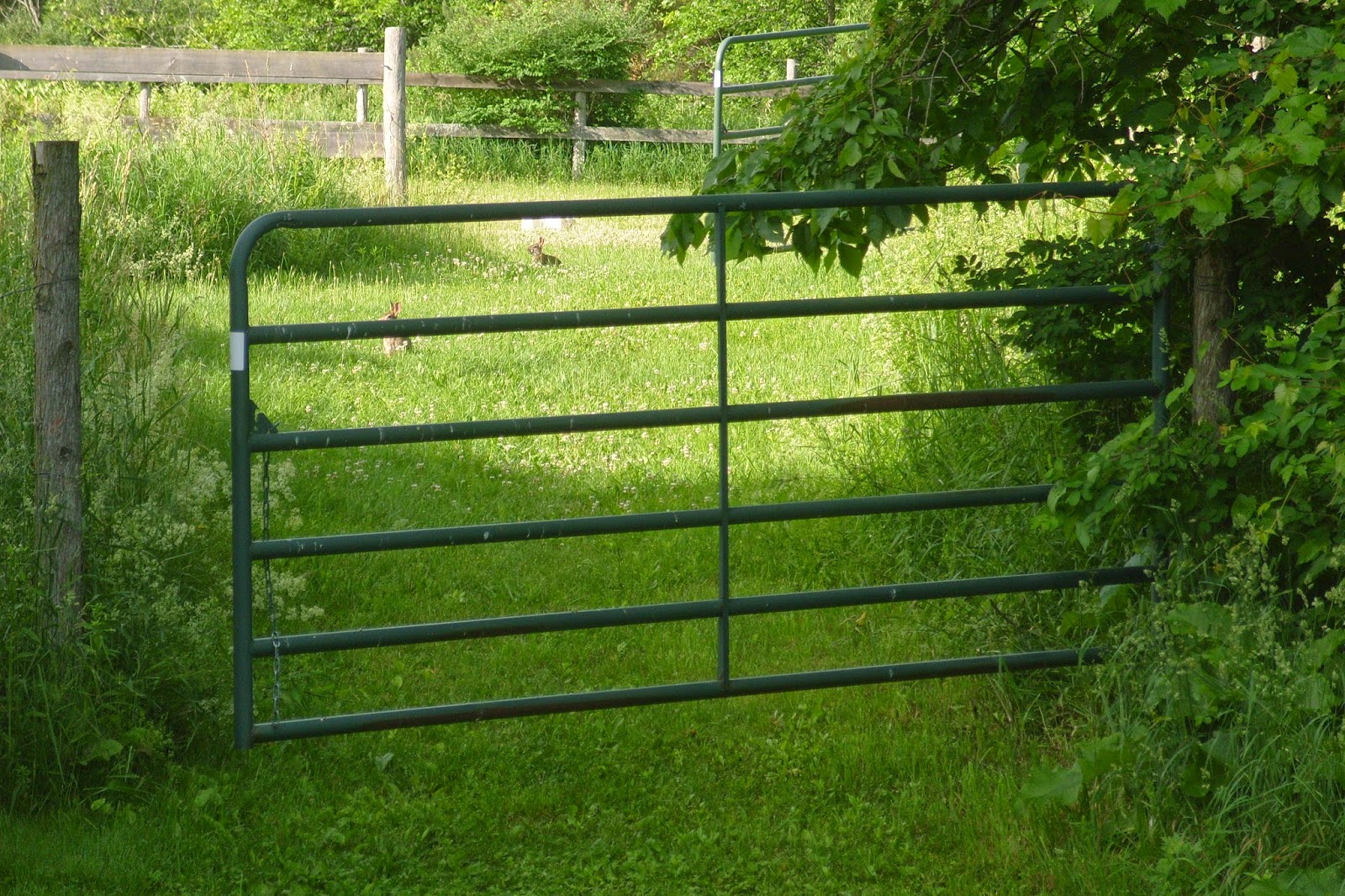 Looking toward the riding arena and two cute little bunnies... 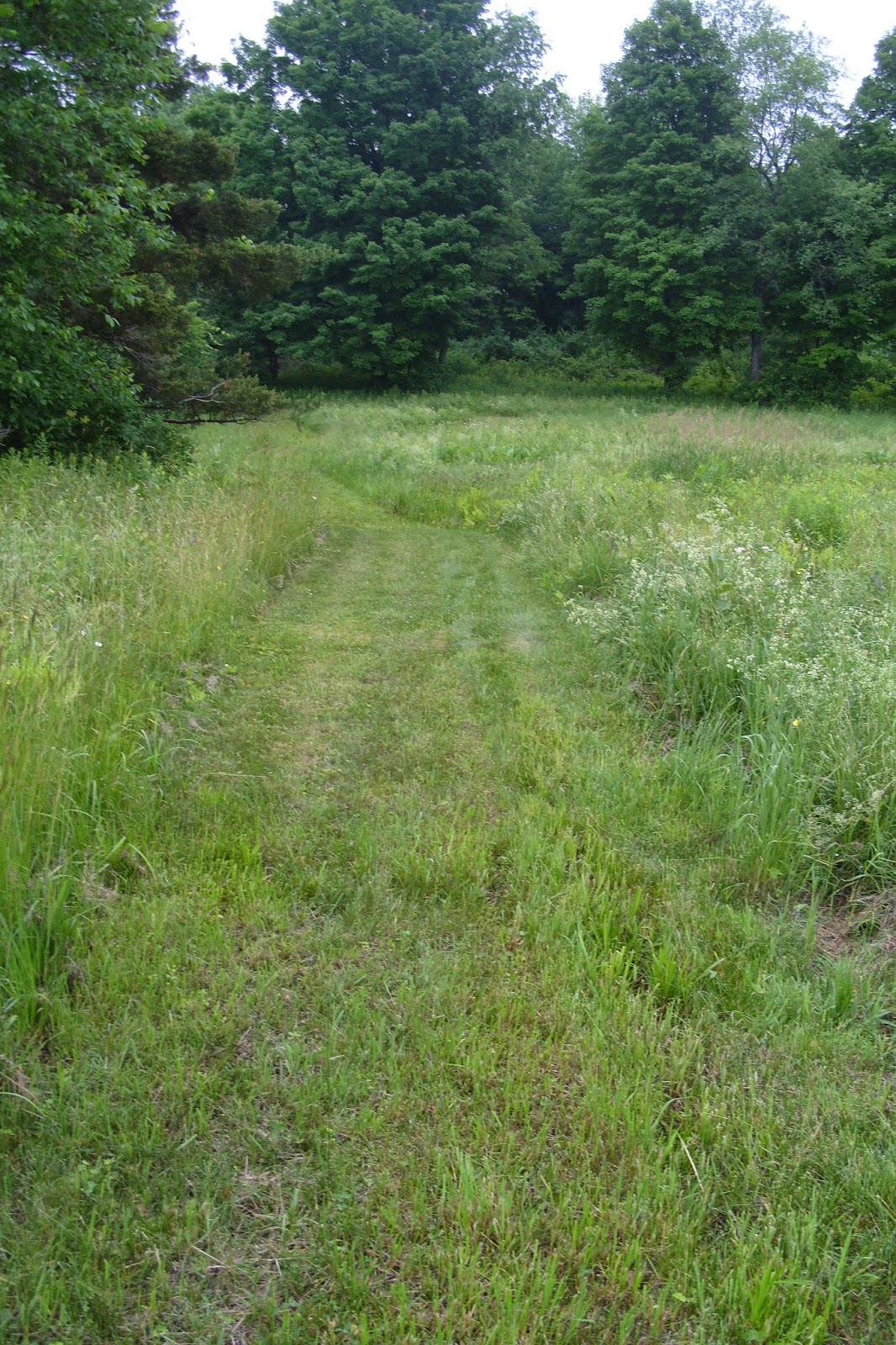 Part of my riding path in the field... Older riding path made by a bulldozer years ago which I keep mowing to keep the forest at bay. 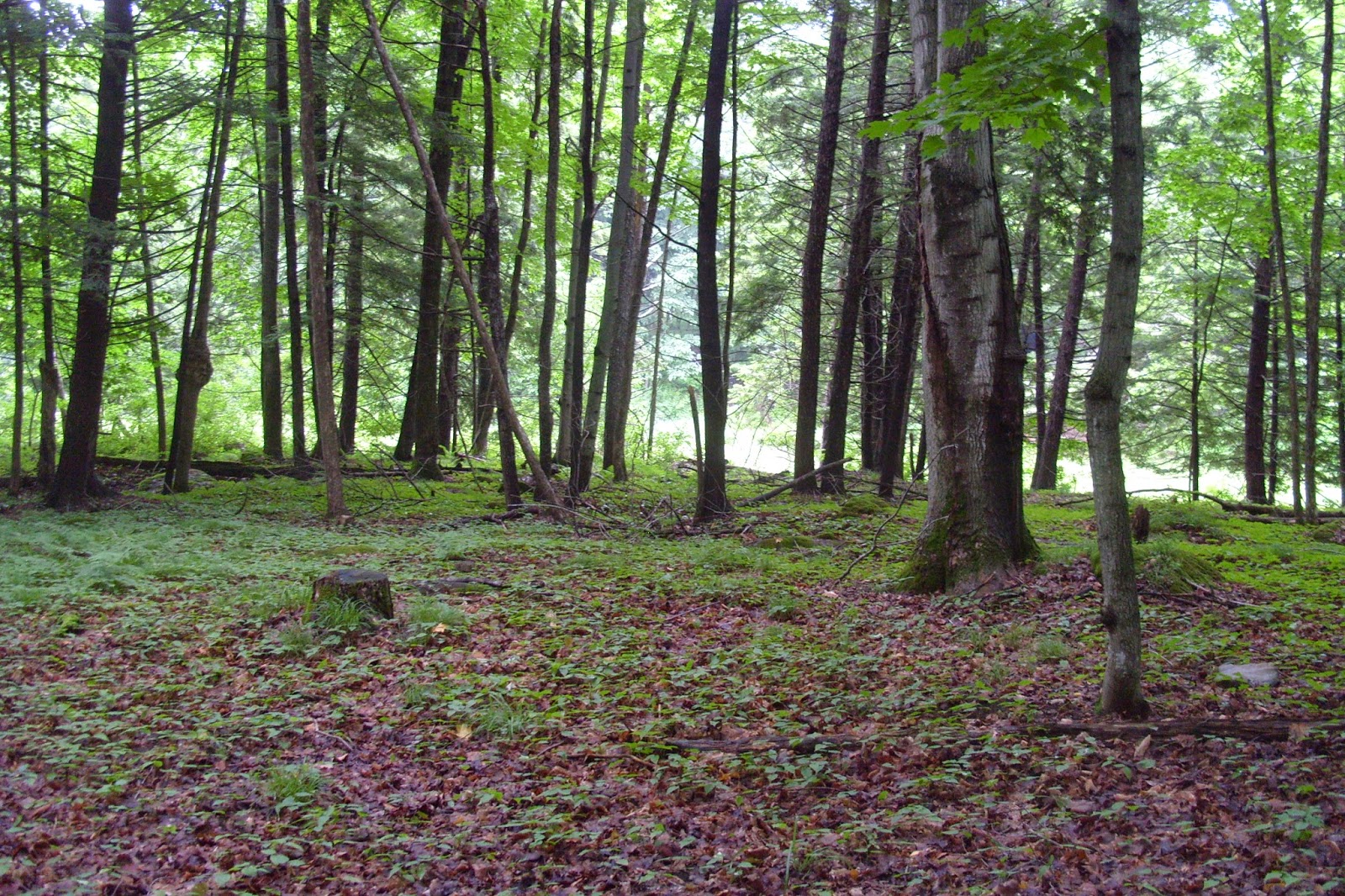 Some open places in the woods... 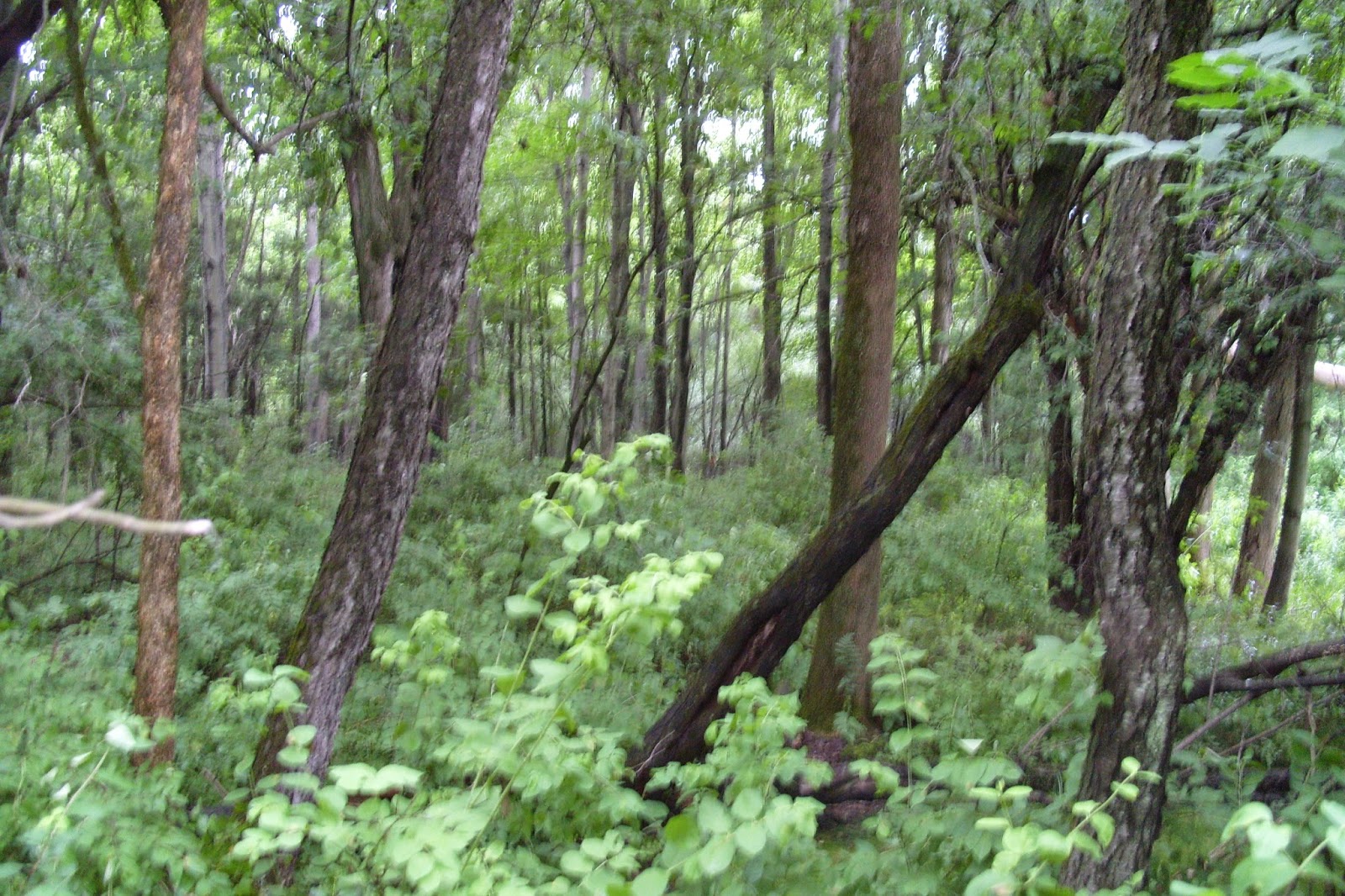 And...this is the problem area.  Very, very rugged.  And I want a loop so the horses can have a nice trot...
AND I need to have the old barn taken down as well.  Thanks to my Mom's estate I can actually get this done this summer!  Meanwhile hay is coming this weekend!
xo

Ahhhhh Django!  We had a lovely ride this morning.  My friend Sandy on Duke and me on Django.  No one to take photos however...It was cool, no bugs, and a wonderful way to start the day!  Sandy is taking lessons on Duke for the first time in her life at 60!  Brave woman.  And already out riding in the field.  And I love having someone to ride with as I get acquainted with Django.  Tomorrow after our ride another friend is coming out and we will work on the ground with things Django is not used to...things like tarps and umbrellas...and quietly introduce scary stuff and work on his confidence.  I am falling in love with this horse.  I am so comfortable being around him and he loves the attention...quite a difference from Ellie.

Speaking of Miss Ellie...Sandy and I went to a little horse show at SLU last Saturday and saw Miss Ellie jumping!  She is doing so well...not as b*tchy either.  Standing quietly...jumping quietly...I am soooo happy she has the right home.  And her new owner, Jerry, rides her almost every day to put some miles on her--something I couldn't do.

Hopefully this weather will hold and we can ride in the coolness of the mornings!  Meanwhile Happy Friday!
xo

Faith and I had so much fun!!!  We cooked, we had wine, the chicks arrived, we went to the SLU bookstore, played with the horses, talked, made music, wove triangle scarves, and celebrated a couple of birthdays!  It was wonderful!!!!!


I love having people visit.
Happy weekend, everyone!
xo

Django and Duke are getting along well.  Here is Django coming in from the field because he just realized that Duke was already in.  Didn't expect to see Gary and a scary wheelbarrow.  He is such a personality here.  And has a mind of his own for sure!  Like when we come back from riding in the field and I want to go left to work in the ring and he wants to go right to the barn...I'm trying to work on making it more interesting to work in the ring...working on patterns so there is something new and he doesn't know what to expect.

Duke is being a trooper about being a lesson horse again.  He is a little resistive...like moving away from the mounting block when  Sandy tries to mount up.  And I have him on MSM for his muscles.  And he stops trotting whenever he feels like it so it is hard for her to get a rhythm going so she can work on her posting.  But to give him credit, I don't think anyone ever really trained him.  He is just good-natured enough to follow the lead horse and rarely if ever gives anyone a problem.

I have not been weaving at all.  Not sure why.  But obviously I need a break so I'm not concerned.

I've been getting acupuncture once a week for over a month now.  I was concerned about some itching going on...too reminiscent of when I got sick.  And fatigue, always.  I'm going to continue for a while longer.  After the last treatment I had a meltdown.  Poor Gary...the front of his shirt was teary.  In any case my acupuncturist said she wasn't surprised.  The emotional component of healing or something.  And then the next day I slept for 12 hours straight!  Weird.

So  I am totally feeling like a work in progress!  But my sister, Faith, is coming tomorrow!  YAY!  I can't wait to see her!  Like a mini-vacation!