I know it has been a while since I wrote...but summer has been extremely busy with horses.  Today we had to put Duke down.  It was peaceful, sad, necessary.  I brought him out and he munched on some grass.  The vet came and gave him a tranquilizer and then she put him down.  He softly lay down and gave a big sigh and it was over.  Django has been calling for him for a couple of hours now though.  Thankfully we have a new boarder to keep Django company while he grieves.  Django would sleep right next to Duke's stall...keeping him company during the night.  We are all so sad.  He was such a patient and kind and calm horse.  We bought him from Camp Treetops in Lake Placid in 2008.  They thought he was about 17 yo.  I think he was glad to get out of there with all the kids hanging on him.  And I don't know who damaged his beautiful face when he was young by leaving a halter on him.  I think his last years were good and his last summer was spent being ridden gently almost every day by a friend of mine, going out to the fields with Django until it became clear that he wasn't rideable anymore. 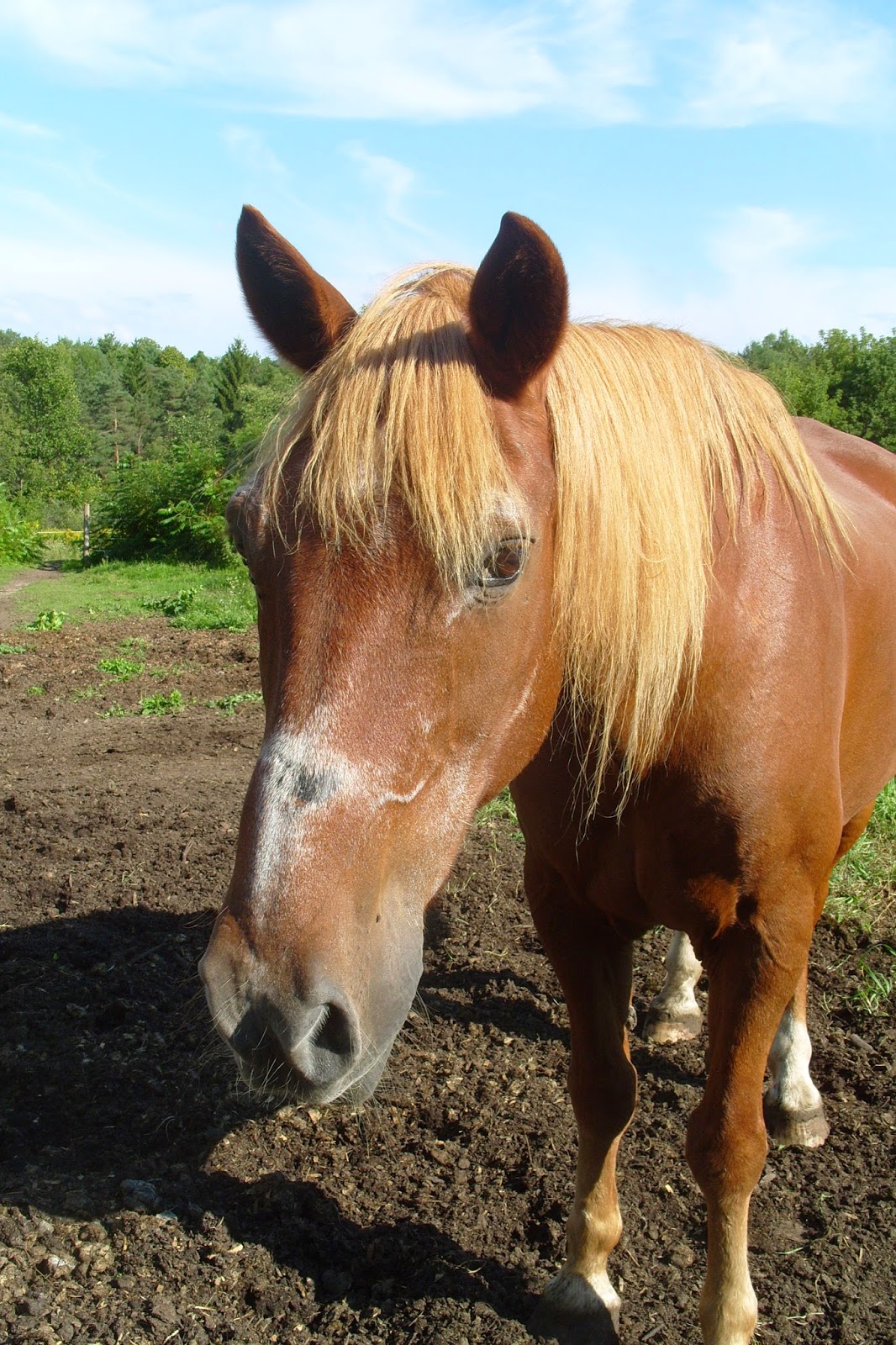 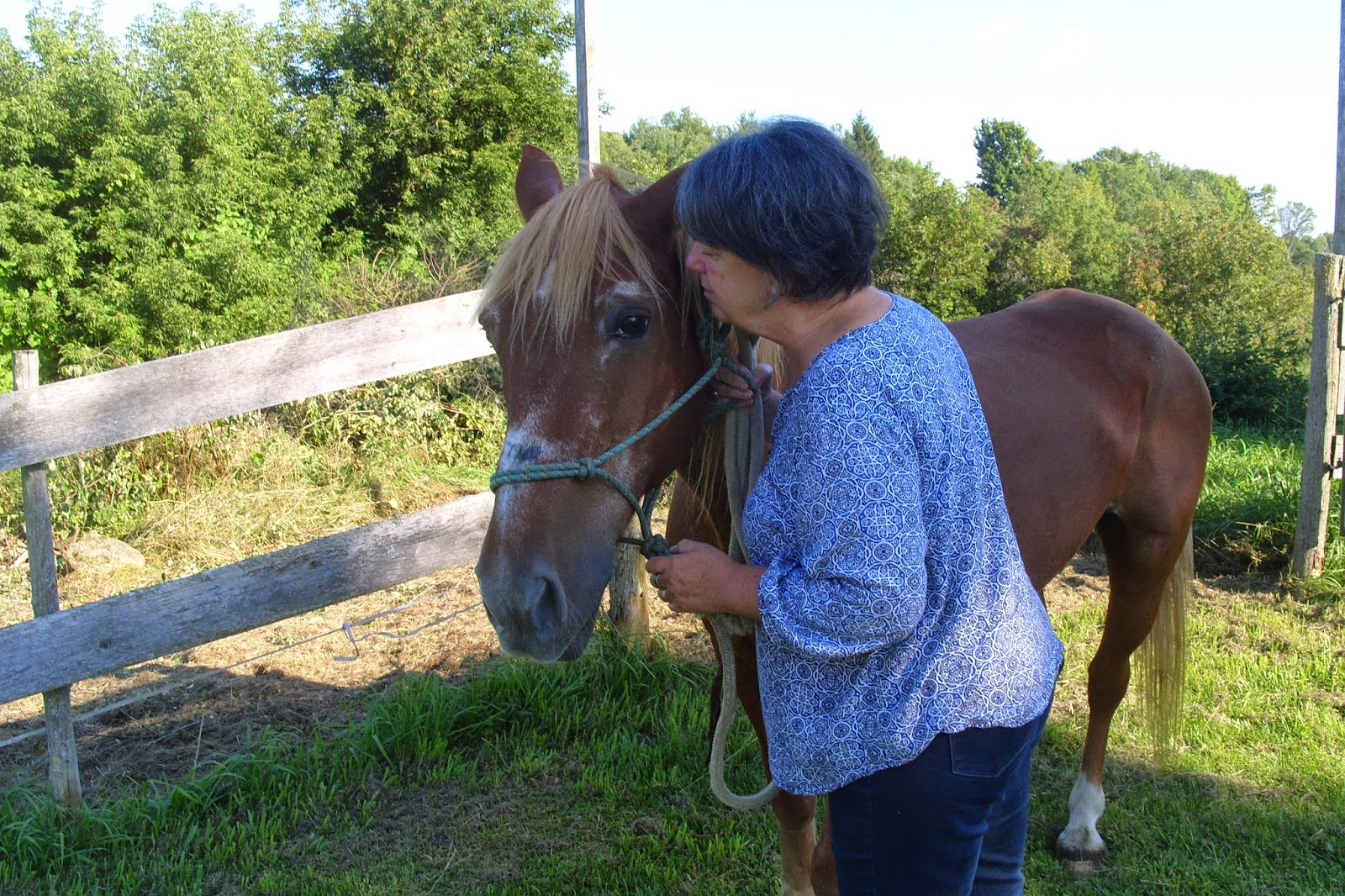