Well...it's been a long winter so far and I've had a lot of time to think...maybe too much time...but in any case I think I'm putting Miss Ellie up for sale.  I absolutely hate giving up.  On her.  On me.  But she still needs a lot of work before I am comfortable riding her alone in the fields, on the road, in the woods.  And I just can't justify spending another spring and summer and fall working with her solely on the ground and only riding her when my trainer comes (again $$$).  If I was younger I wouldn't mind so much.  But after cancer you pretty much wake up surprised every morning that you are still here...and I really want to ride in my remaining time.
So, Saturday afternoon she is going over to a hunter/jumper barn where she can be seen and ridden by younger (braver) girls and maybe there someone will fall in love with her and have the patience to work through the rest of her training. 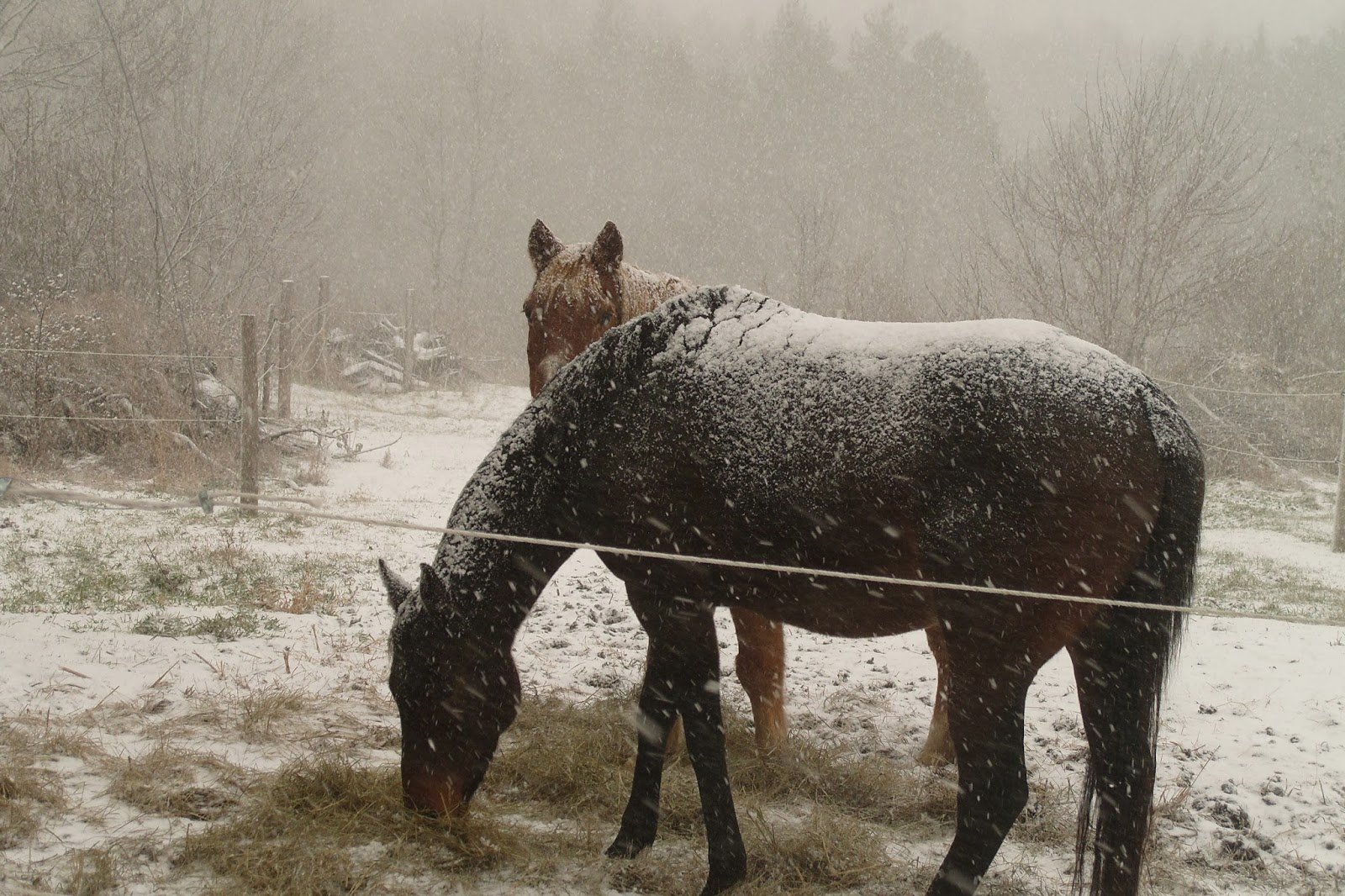 Duke will be lonely, I know...But I am looking again for another...this time back to geldings.  Older (like I am), friendly, calm and steady.  I am a little depressed by the whole thing but it might just be the unrelenting cold that has got me down.  And actually Duke always kicks at her and now she has a cut over her eye.  So I guess that isn't such a good match as well.  I might be looking at a gelding over near Burlington, VT on Sunday if the weather cooperates.  A 12-yo gelding.  We'll see.

So.  The stove pipe got ripped off during the ice storm for the downstairs (cellar) woodstove.  The showroom/workroom developed leaks because of the flat roof addition the idiots put on before we moved here.  I had to move a loom and tons of yarn out of the room to mop up.   Waiting till spring to fix that roof.  And the hot water pipe to the washing machine froze and broke last week so we tore up the floor and Gary is fixing that.  A hard winter.  At least everything is fixable!

Hope everyone is warm and dry!
xo
Posted by Cait Throop at 2:36 PM 5 comments:

I'm having fun with this one...Two more to weave but I threw off some of the middle black chenille to make it skinnier...about 8 inches finished or so instead of this one which is 10 inches wide. 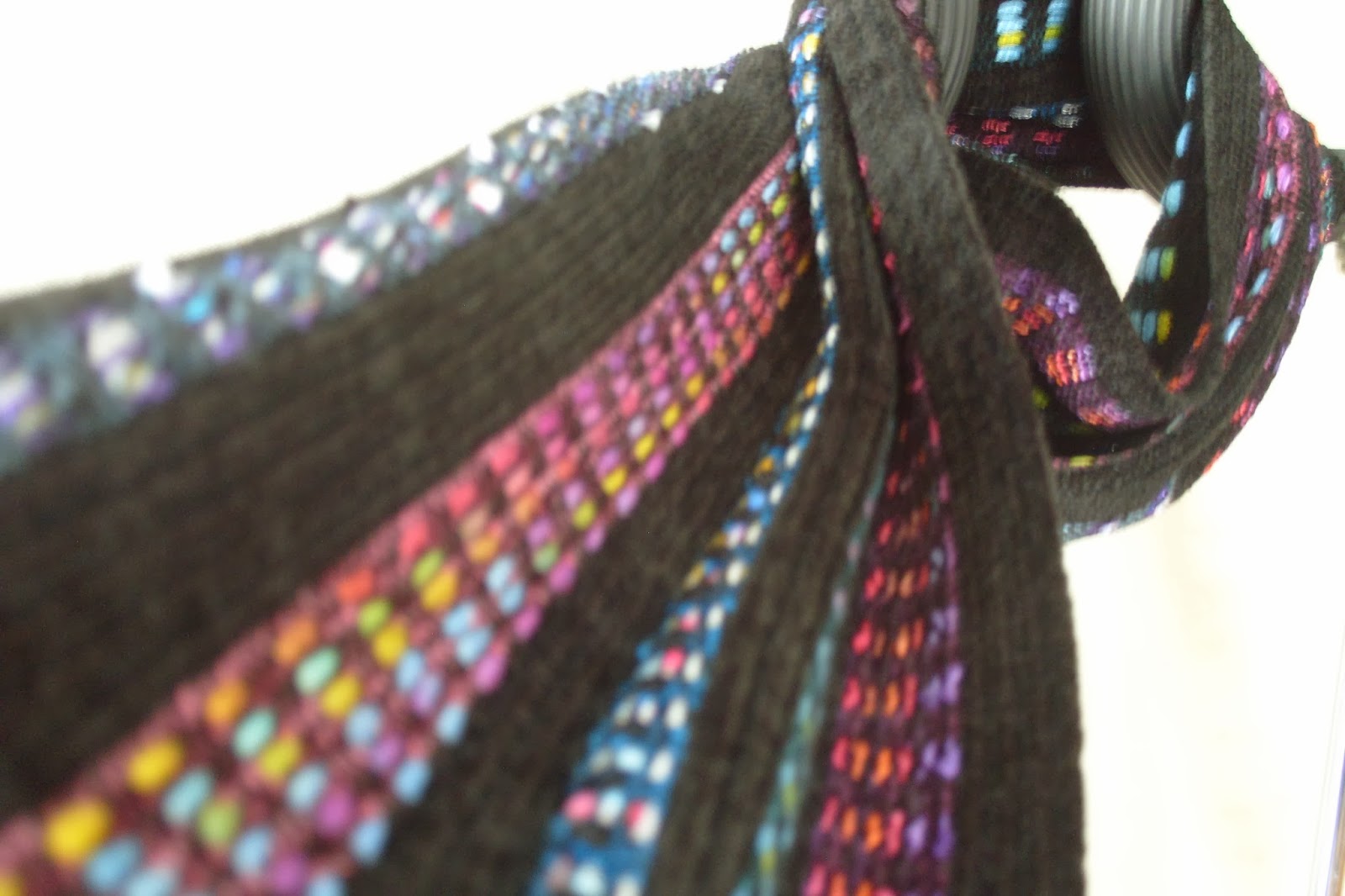 The photos don't show how soft this scarf really is.  But I'm loading this onto Etsy anyway.  "Gypsy Dance" is perfect for livening up the winter blues!  Off to weave another!
xo 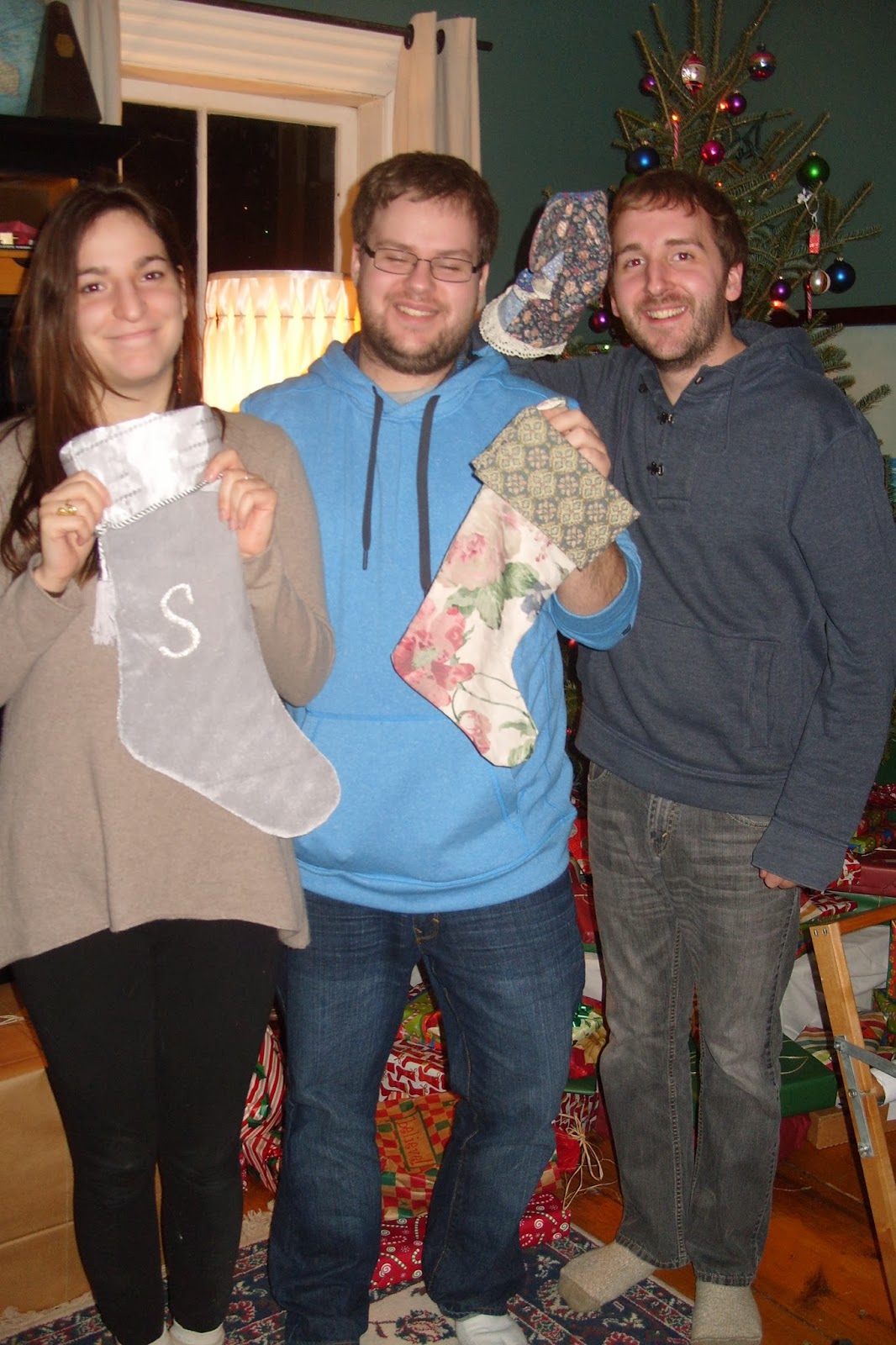 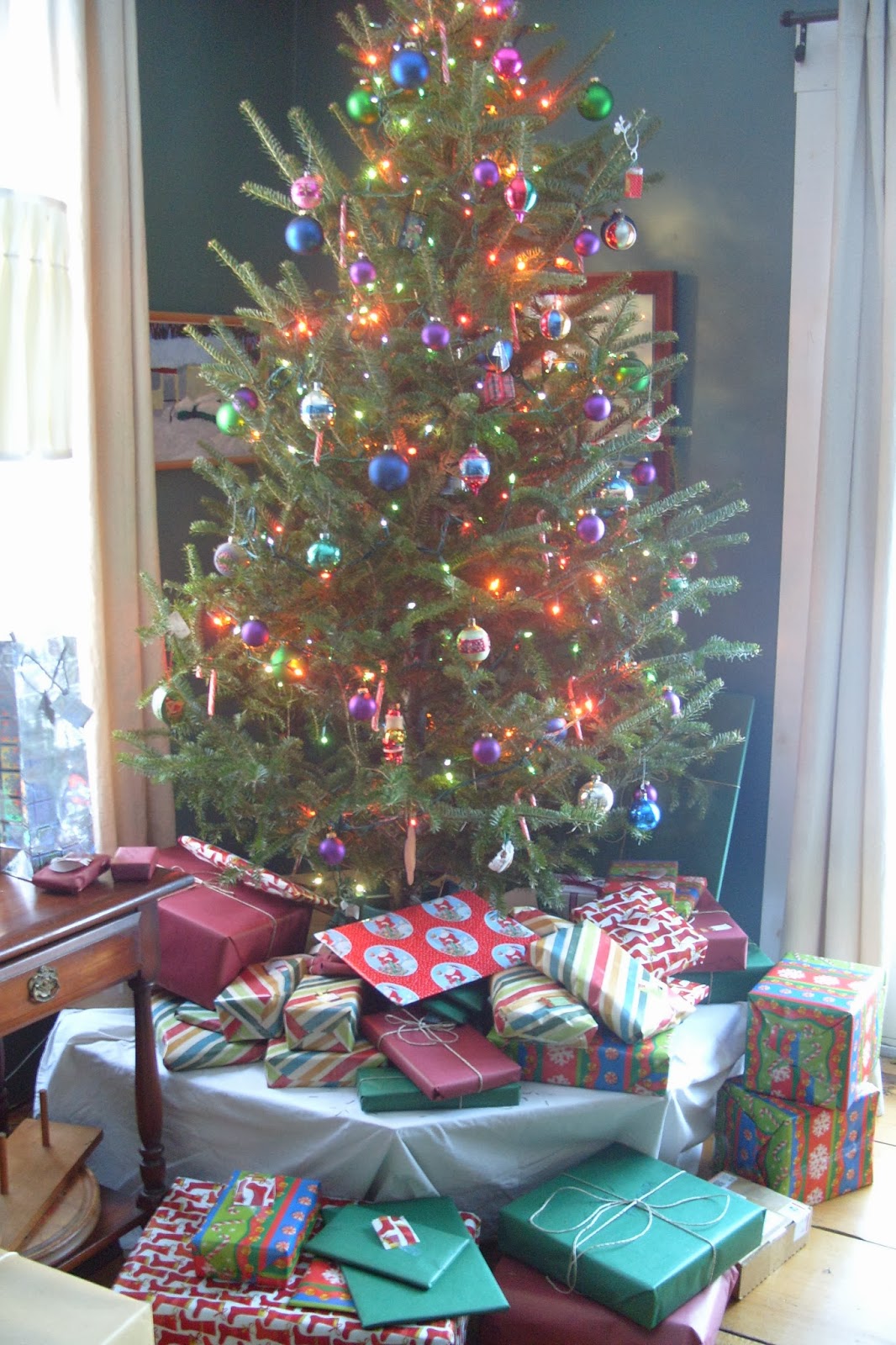 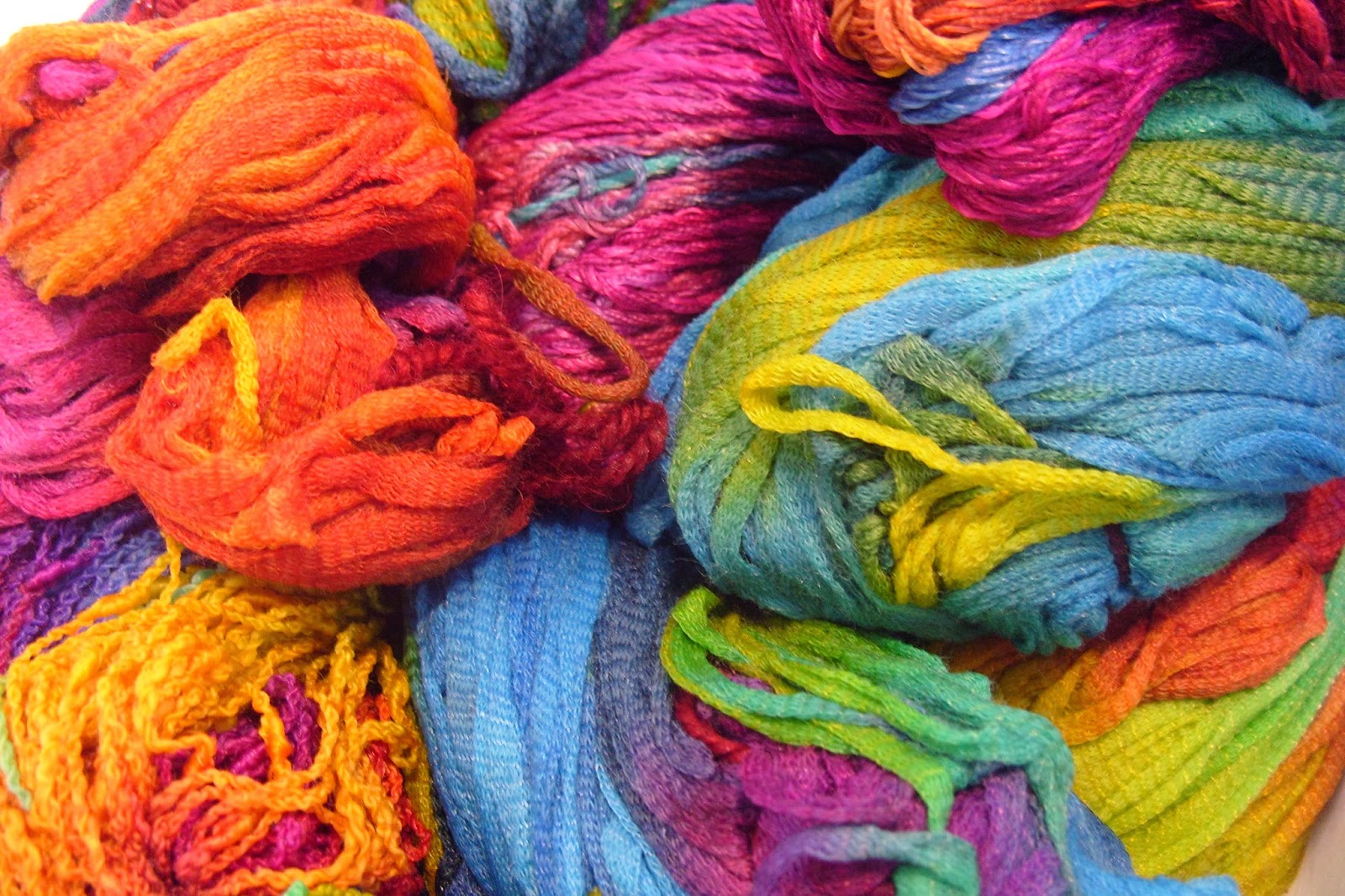 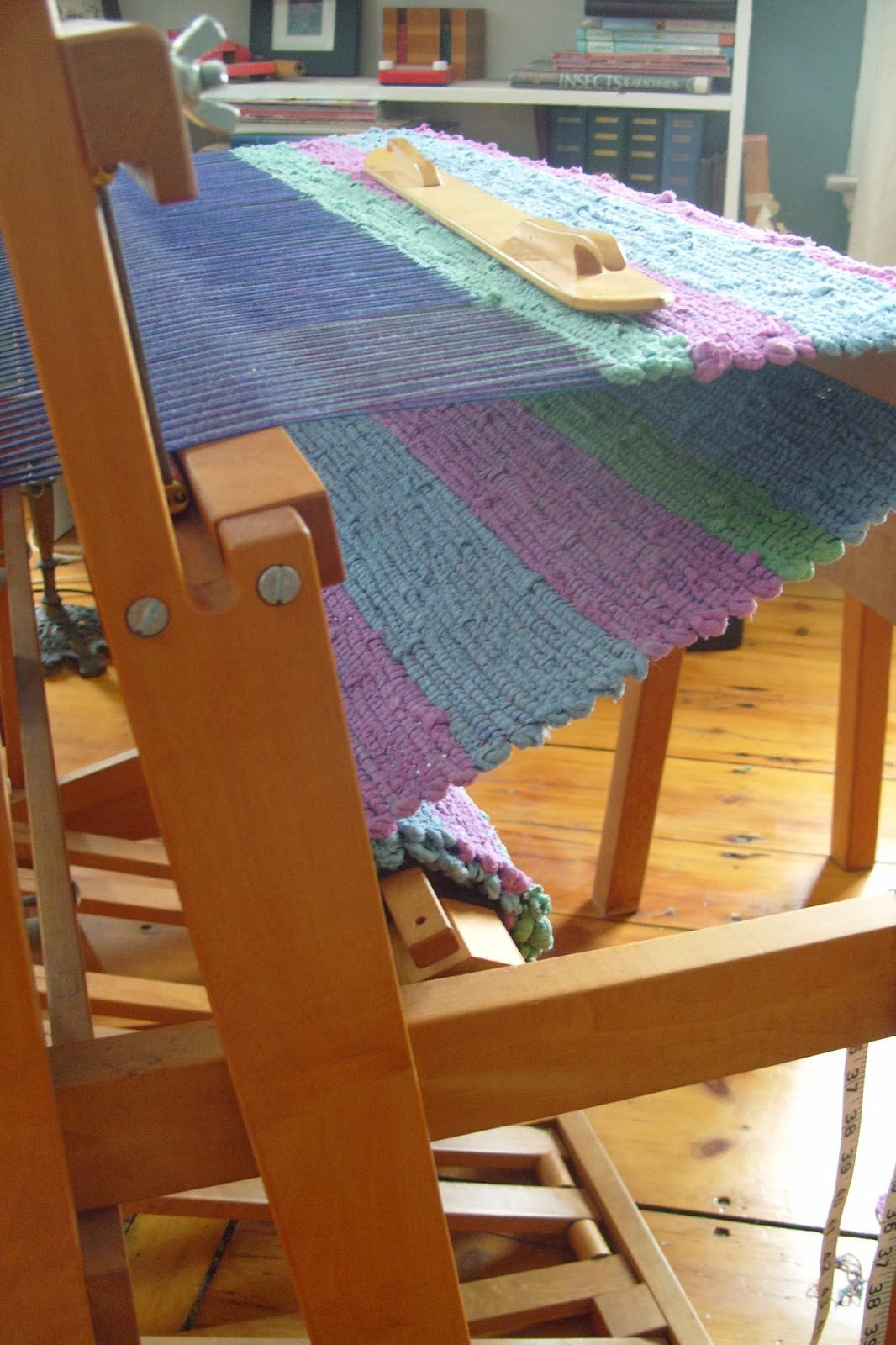 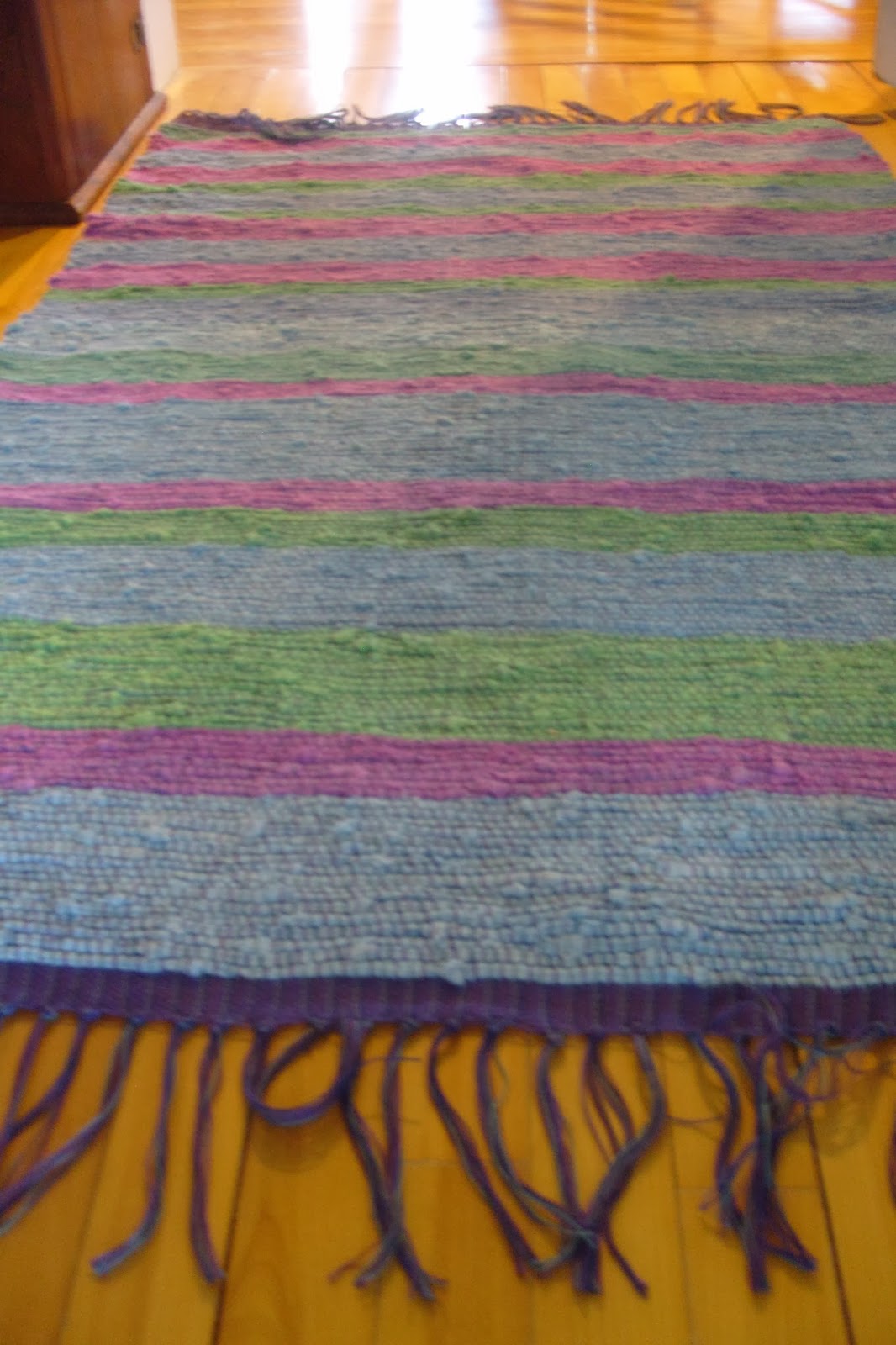