Oh my Dommie...Dorothee the Vet came in the kitchen and said
"He nickered at me!"  I told her he just wanted her to open the gate so they could get out of the paddock and eat grass.  He had no idea what was in store. 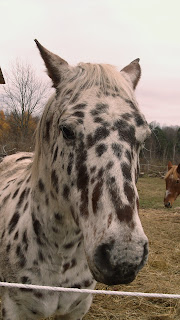 Next thing he knew he was sedated, his mouth ratcheted open with a metal thingy, his head held up with a padded strap to a beam in his stall, and a drill in his mouth.  Nothing like horse dentistry.  Duke's teeth were fine because his were done in the spring. 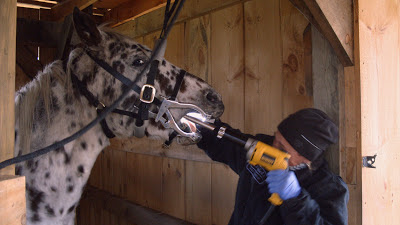 But today, he is fine and not fussing with the bit anymore.  Though I took it easy with him because he also had vaccinations and had a couple of swellings in his neck where she stuck him and one in his chest. 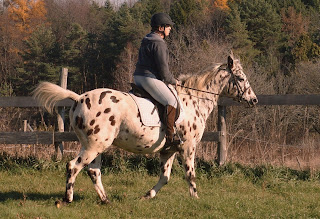 He was happy to get out, though.  And we had a wonderful ride in the field before we came back to the ring to do a little work.  Not too much because it was hot and he got sweaty and we are both out of shape.﻿ 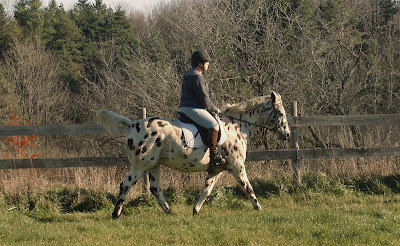 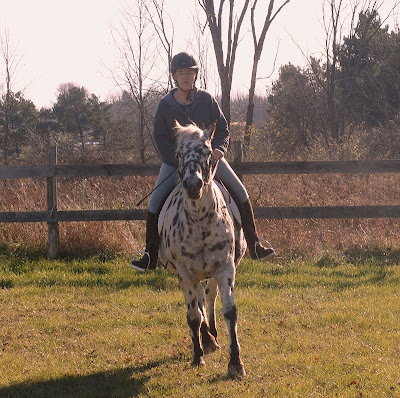 He is a good boy...smart, fun to ride, feisty enough, and sensitive to my leg. 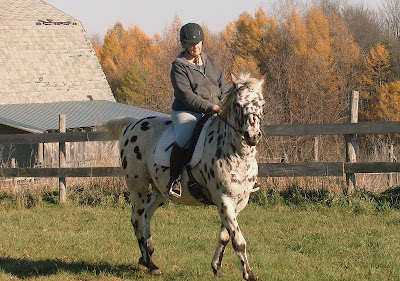 Tomorrow is another day and the week looks wonderful for riding! 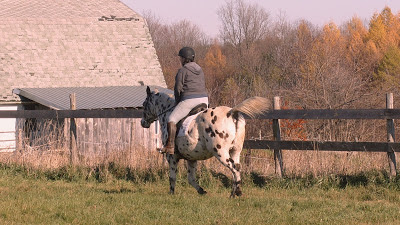 So much for getting any weaving done today.  Made bread, made chicken soup from one of our chickens, went and bought some wine, brought soup and a second bread to a friend who broke her foot, and rode.  A good day. 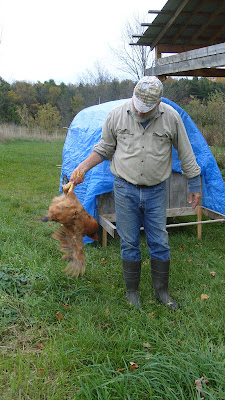 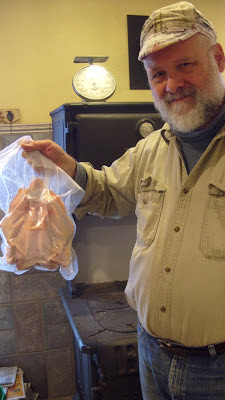 26 chickens in the freezer...potatoes in the cellar...garlic tied up...blueberries picked and frozen...squash harvested...hay in the new barn.  Life is good even with Bell's Palsy!
xo